The phenomenon of squats: the sad Catalan record 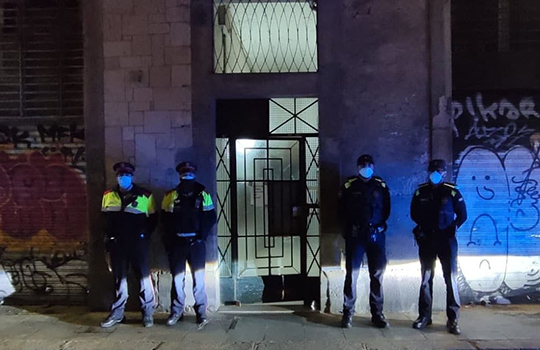 In Catalonia, the number of illegal housing occupations continues to grow. The region is, to date, the Spanish area most affected by this phenomenon.

Sad record for the Catalan region. According to the Ministry of the Interior, the autonomous community has the highest number of illegally occupied housing in Spain. Official statistics show no less than 600 occupations per month, or 20 per day, between January and June 2020.

In the first half of the year, 3,611 complaints were filed, nearly 500 more than the previous year in the same period, reports La Vanguardia. Here again, the figures for the region are sadly higher than the others: there are 1,183 complaints in Andalusia, and 657 in Madrid.

According to law enforcement, these illegal occupations increased during confinement. The squatters took advantage of the health crisis to settle in the apartments abandoned by their owners, in favor of more spacious and comfortable secondary houses.

In a statement, the Mossos d’Esquadra want to reassure. “It is possible to find your home after an illegal occupation. Just call the police and give all the information related to his place of residence. Law enforcement will then be responsible for arresting the squatters.”. For the Spanish police, losing your property because of a squatter is only an “urban legend”.

However, the Mossos d’Esquadra are often faced with difficult situations: respond to the complaints of the owners but also respect the legitimate right to housing of the individual occupying “a place not considered as the home of the owner.”

Note that according to Article 245 of the Spanish Penal Code, squatters face sentences of up to two years in prison.