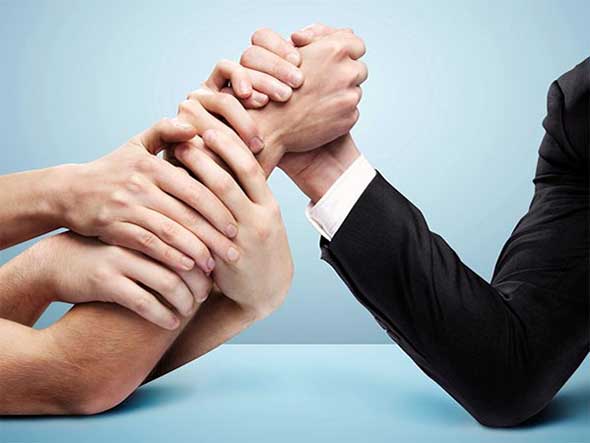 Since the beginning of our activities in 2010, we believed that we lived in a state of law, Spain, part of a community of states, the European Union in which “the rule of law”, separation of political and judicial power s also standard. It was a gamble and at the time many thought we had no chance against the “behemoth” Municipal of Pratdip.  Indeed with million euros annual budget (where everywhere in Spain, France, England, Germany etc… the annual budget for a village of 250 inhabitants is on average between 170,000 and 250,000 euros). Litigation is expensive. The funds available in Pratdip enable them to hire the best Lawyers.

As you probably know in July 2016 the High Court of Justice of Catalonia has made an appeal regarding our association, two firm sentences (i.e. there cannot be another appeal) :

1. As to the first sentence ordering “the dissolution of the EUCC”

Our lawyer, Maitre Barquin has applied application to the Judge in September 2016. The notification arrived at the Mayor’s office on 15 November. The Mayor had 20 days to He did so on a question of unusual form: the reply was “the application was made too early”.

Concerning this sentence which proves us right, here is what the judges say :

Transitional Provision 7a para of Legislative Decree 1/1990 of 12 July approving the recasting of the legislation in force in Catalonia in the field of urban planning states that:

The obligation to preserve and maintain urbanization imposed on property owners must be granted for a period of not more than five years. During this period, the municipal council adopts urban development measures of taxes in order to be able to assume, once the fiv e years have passed, the charges temporarily attributed to the owners”

Consequently when the Legislative Decree 1/1990 came into force on the date of its publication in the DOGC on July 13, 1990, the obligation to maintain the urbanization could not be extended for more than 5 years. This has already been largely exceeded and it is therefore necessary to accept the administrative appeal in respect of the application for the dissolution of the Collaborative Entity of Conservation.

And they add further: “and the refore (it is necessary) to DECLARE THE DISSOLUTION of the said EUCC”.

This is a very clear sentence; the Town Hall had until 1995 to solve the problems of integration of Planes with Pratdip as well as the works.

A further word on the problem of the application of this sentence. We really regretted that, in Autumn, our association was the only one to ask for this application. I think that this was perceived by the Judge but also by the Town Hall as the display of a certain division within Planas but things are changing.  Mr Oscar Serrano, the municipal councillor elected by Planas, decided with great courage given his function at the mayoralty to sign a petition asking for the application of the sentence. Congratulations. So we urge you to do so. The more we encumber the judge’s office with our demands, the more it will try to accelerate the application of this sentence.

2. On the sentence concerning Reparcellisation/Re-Urbanisation,

The judges did not agree with us but thanks to people whose names I cannot say but who are fighting effectively and sincerely to improve the situation of Planas, we have since April 2017 proof that the Mayor has provided the court with falsified documents. In front of the gravity of the situation (to lie to the inhabitants of Planas is one thing, to lie to the Judges is another, much more serious). Our lawyer, Maitre Barquin immediately seized the PROSECUTOR OF THE SUPREME COURT OF MADRID, requesting the reopening of proceedings. The Prosecutor agreed in June 2017, almost by return of the mail. We can therefore legitimately nurture the hope of seeing our rights recognized in this case and the situation reversing; which would mean for us, a re-urbanization has nominal conditions, involving the state, local communities and landlords (not 100% for owners provided by the “agreement” signed between the EUCC and Town Hall). Note that the Town Hall wanted to pay us sums ranging from 5000 to 40000 euros (for large plots). The average for a plot of 1000m squared is between 20.000e and 25.000e.

3. The Position of the City Hall

The City Council, these days, overwhelms us with incomprehensible decrees and informative circulars that are mainly communications destined to frighten us and incite us to pay.  Paying, that is, it should not do.

The Town Council says:- it is not possible to apply the first award and dissolve the EUCC because in order to apply the two tasks the EUCC. In September, our lawyer contacted the Judges to ask them this question of an apparent contradiction. He was told that these two sentences had to be applied separately.

– It is necessary to dissolve the EUCC on the one hand.
– We have to do the work on the other hand.

Yes, but if the EUCC is dissolved, it is also dissolved the agreement or the works are 100% paid by the owners. C is precisely what was so depraved at the Town Hall because then this work would be done under classical conditions (state, region, province, Pratdip, us and of course Town Hall does not want to pay anything, even a little.

At a given moment the fundamental question arises for us and our shareholders, a question that all of us ask ourselves.

– Is Pratdip (250 hab) stronger than the Supreme Court of Catalonia ???
– Can Pratdip dictate his law to the TSJ Barcelona ???

If it is YES, then it is necessary to move very quickly because it would mean that we would no longer be in a state of right.

If it is NO, THEN WE HAVE TO BE PATIENT to clutter the office of the Judge of Tarragona of sentences of application of the sentence and the Justice will pass even and very soon.

FINALLTY THINKING THE THREATS OF CHAOS ON PLANAS, if we do not obey the dictates of the City Council and the former EUCC we must now that:

To summarise and as a result of our General Assembly, where many members and guests have decided to sign the judge has received some forty applications for the enforcement of the sentence. We must therefore WAIT WITH THE ORDER OF APPLICATION that will happen in the days that come.

In the meantime and from now on, we have absolutely nothing to pay to any association/entity that wants to manage Urbanization. We are under the protection of justice, let us not forget. As for the projects of ruinous works in our charge, we shall see in the coming weeks what the Supreme Court of Madrid decides.

FINALLY and above all, we must not be afraid of the menaces of the Town Hall and the people of the former EUCC.

If you have been harassed, you have to file a complaint with the police and our association can help you in the process.

Again, we are under protection of justice.

– Read also : Information on the legal situation of our urbanization after the judgment