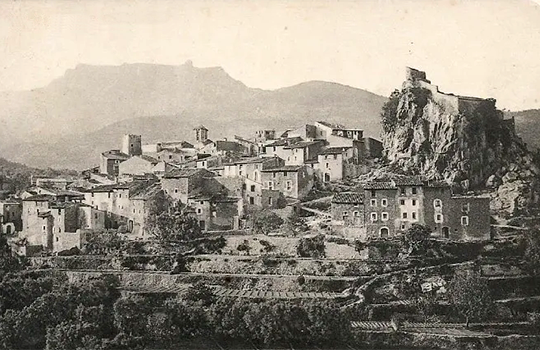 Starting, Mr Oscar Serrano (AvP) asks permission to record the session, because in previous acts, there are often bad mistakes for our two advisers.
The answer is negative. The Mayor and his acolytes (JxC) forbid him.

1. Approval of the previous act.

Before the approval of the two previous acts, we ask that corrections be made and, although it took a little time, the corrections were finally accepted.

2. Modification of the Municipal Budget.

All tax orders have been updated to bring them in line with the CPI (Consumer Price Index). Everything but the IBI. The adjustment of the CPI leads to a price increase of 1%.

But the price of garbage collection will increase by 10%. The reason is, according to the Mayor, Joan Maria Rovira Vernet (JxC) that the company SECOMSA has made price increases in the past and so far it has not corrected it. The company SECOMSA expects an increase of 14%.

One of our advisers asked them why they had said in three previous plenary sessions – and contained in the last two acts – that they would not raise taxes and that three months later they would not respect their promises.

They respond that the city council can not support this increase. That the company SECOMSA is already deficit. Garbage collection is less than what the service actually costs with this company.

Our adviser asks why we would not look for another waste collection company.

They answer that it is very complicated, that the company SECOMSA is under the tutelage of the Regional Council of Baix Camp and that it is very well like that. They also tell us that if people recycled more, we would not pay as much.

AvP voted against, but it was approved by five votes (JxC).

Garbage collection is very poorly done and without any control. It does not include cleaning of containers or collection points. It is not enough during the summer in Planas, the containers must be emptied at a higher frequency.

We consider that the garbage collection service is very precarious. We propose that this is another protest point at the event scheduled for October 26th.

3. Construction of the Sorts Road.

This point is the result of the call for tenders for the realization of the route des Sorts. The Mayor informs us that only the company MiJ Gruas S.A. presented itself.The contract has been awarded to this company

4. Adoption of the agreement with the Baix Camp Regional Council for the provision of social services.

It is an agreement of the council and it seems that it is respected.

5. Approval of the Fire Delineation Plan.

6. Decree of the Town Hall.

Avp asks for more details on the grant of € 5,000 granted to the Football Club.
For the Football, yes, there is money!

Question to the Mayor: Pratdip Avenue is a municipal jurisdictional road. Why not put back lighting?

Answer: Because Planas de Rey is a private and non-municipal urbanization. The problem with Planas lighting is that a contract must be made with FECSA (the company that distributes electricity to Planas) and the city council can not.

AvP proposes that if the problem between Endessa/Fecsa and the old EUCC is not resolved, the Municipal Council will enter into a contract with another distribution company.

7. We asked for documentation about the garbage collection and they did not give us anything. Why ?

Answer: Because there is protected data, we can not give it. We will answer you shortly.

8. We ask for information on the treatment of processionary caterpillars.

Answer: The Mayor tells us that last year’s treatment was a failure.

– Read also : The lawyer of the entity, confirms that the common areas are registered in the name of the town hall