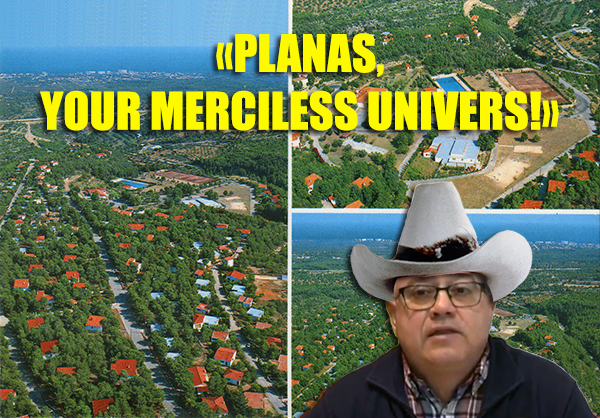 Complaint to the Catalan Ombudsman: preparation of a dossier “Summary of the situation of minimum services in the development of Las Planas del Rey”

of the Mayor’s refusal to express request made by the councilman, Mr. Serrano (which consists in Wassap).
Complaint presented to the City Council, the danger of explosion and the environmental crime caused by the closure of the water treatment plant, for its saturation and toxicity (reiteration of the complaint as filed to the Police).

Once again remember to all residents of Planas del Rey that in order to fully exercise their voting rights, previously have to register on the electoral roll. Mr. Jose Pescador can help those who sue, to make all the necessary arrangements. You can also visit our page Municipals Elections of May 2019.

Our Collaboration Group and our municipal councilor are totally against the idea of forming a new EUC, it would encourage the City Council not to grant the minimum services of our urbanization.

All residents interested in participating in the new project of change to Planas del Rey, you can point to the collaboration, since there is a firm intention to create a new political group that is plural, democratic and inclusive. The aim is that the Council assume the minimum services and be able to recover the development, transforming it into a habitable place, with a change in the environment and that our properties back to recover the urban value they deserve.

A group of neighbors have drafted a complaint to the European Parliament, denouncing the deterior situation and neglect that we suffer. If you are interested, you can subscribe to it (name, ID and signature).