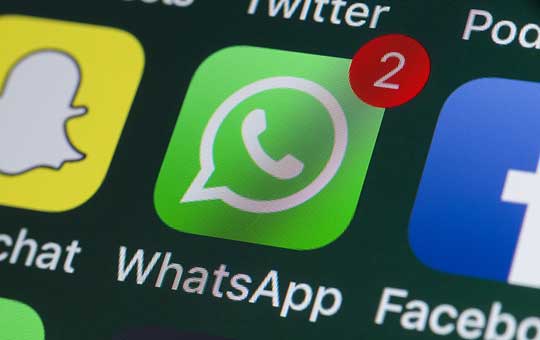 Sir,
The EUCC was dissolved on 07/21/2016 by decision of the Superior Court of Justice of Catalonia. The application judge confirmed.
The town hall created this EUCC in 87 for a period of 5 years. That is to say until 1993 …
Once the EUCC is dissolved, it is therefore up to the town hall to provide the minimum services, including public lighting. FINAL POINT.
The town hall saw fit, nevertheless, to appeal the application.
We are currently awaiting the verdict of the TSJC Court of Appeal on this matter.

Yes Mr. Meritz, contrary to what you say, the TSJC recognized that our association was representative in a firm sentence of January 2020.

But anyway in a democracy, any citizen can ask for justice.
So Mr. Fenouillet had the town hall condemned on the subject of water and household waste, all by himself.

We even the association Vecinos Planes del Rei (SOS Planes) only asked the courts the following question:
“Is the EUCC legal yes or no” and Justice replied: yes, this EUCC has been illegal since 1993 …
This is what proves that Justice does not recognize us as a joint ownership, with a “community board” as you say.

In addition, in the documents of the Generalitat, our Urbanization is considered to be 85% completed. That is to say that some streets were probably not asphalted, but nothing that justifies the pharaonic work that the town hall, you and your friends wanted to impose on us at the rate of 100% for the owners.

Finally, Mr. Meritz, it would be good if you stopped giving lessons to everyone continually.

Sir,
First of all allow me to smile when I see the name with which you baptized your association!!!! Unidos 19! Your lack of imagination is funny, thank our English friend who found this name in June 2013! He did you a favor.

You wonder what we did, you will find attached the list of actions carried out with the Town Hall and which have remained largely unanswered.

Can I return the question to you: and you, Mr Meritz, what did you do when you belonged to Unidos por Planas? What has become of all these (expensive) appeals that have remained without a favorable response and on which we had based a lot of hope?

1. Avança Pratdip is an official political party and it has a legitimacy that was recognized in the last municipal elections. We got enough votes for that two councilors sit on the City Council of Pratdip.!

2. Has an official entity recognized that this urbanization is not private?
This concept of “private urbanization” was raised by you, Mr Meritz and by your group with a surprising lack of legal rigor. Our urbanization is like thousands of other urbanizations that were created with private capital in the hope of being integrated into municipalities. As far as we are concerned, we have obtained that the water service, garbage collection and the swimming pool are managed by the Municipality and that the green spaces are also managed and that they are cleaned at least once a year.. You approach the subject “private urbanization” in a superficial and simplistic way, it is a problem that exists throughout Catalonia.

3. On several occasions we have asked Mr. Peuman ex-President of the ECU to grant us an interview, he had confirmed his arrival for November 21, 2019 which he canceled at the last moment! He enjoys the protection of the current Mayor and he no doubt believes that he is not accountable to us, or rather that he is accountable to no one!
And yet … just like you, Mr Meritz, we would like to know:

4. The problem of the workers and the secretary is not our responsibility but that of the ex-ECU which did not liquidate in due time contrary to the request of the Judge.

5. I inform you that this year given the health situation in Catalonia there will be no General Assembly; indeed meetings of more than 10 people are prohibited. But you certainly know it!

Evelyne Planet
President of the Executive Board of Avança Pratdip 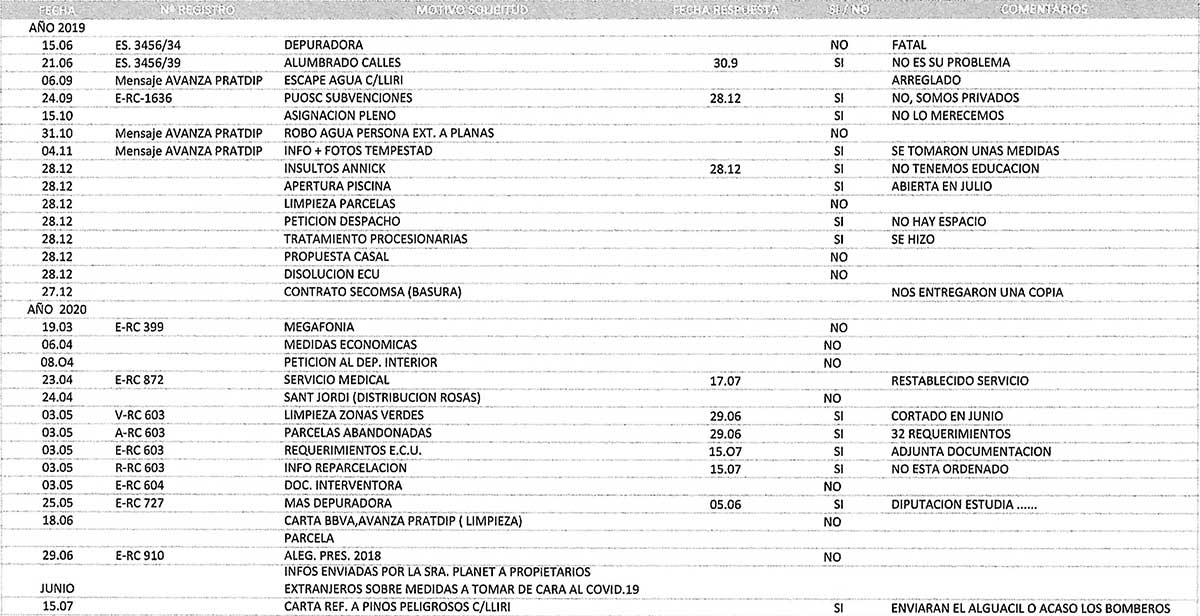