What is the use of Planes del Rei Asociacion de Vecinos (SOSPlanas) ? 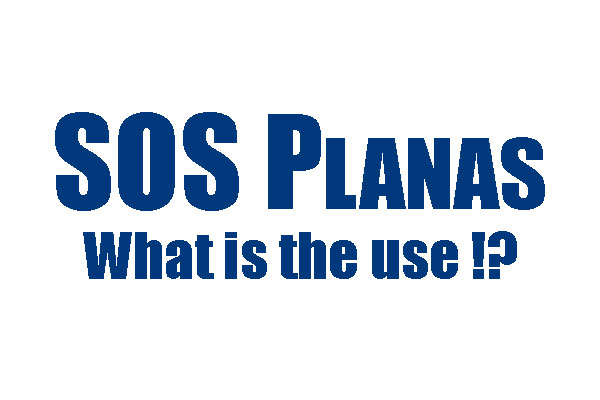 Due to the actions of this association, to the dedication of its members, our urbanization has obtained from justice two essential decisions:

1. July 21, 2016 the Superior Court of Justice of Catalonia dissolved the EUCC.

2. Due to the appeal lodged in 2012 against the project of reurbanization and re-parcellisation presented by the Town hall,

the work of 7 million euros which had to be paid 100% by us the owners could not be realized.
Indeed, even if the judges did not agree with us, this appeal had a suspensive effect that prevented the City Council from carrying out this unfair project and allowed us to wait for the dissolution of the EUCC.

As an example, remember that for:

We know that Planas needs renovations but we want this work to be done under the normal conditions provided for by law.
See “Masos d’en Blader” with Montroig …… 50% for owners and not 100%…
Let’s not forget that we already pay a property tax (IBI).

The actions of our association have had an immediate effect on the finances of the owners of Planas, which everyone can see.
When we say that we are working for Planas’ interest, it is not a hollow formula.
But it would be fair and normal for Planas’ interests to be everyone’s business and not just one hundred people who are as dedicated as they are volunteers.
That is why we invite you to join us many, and so we will be stronger.
Because it is a battle,

You will find below the link to the registration form and our bank details.

Who is the association AVPR (SOSPlanas) ?

(close to the French associative status of the 1901 law) whose vocation is the defense of the interests of the owners of Planes del Rei.
This association was published in 2011 at the BOE as TIN: G5554307
It was created by members of the SOSPlanas platform.
It is independent, composed entirely of volunteers, does not receive any subsidies and has always worked with the only contributions of its members and supporters.
This association was born from the observation that all previous platforms, which had based their action on the discussion and consultation with the Pratdip City Council, had failed.
We decided to rely on law and justice. And so, give meaning to these words in a Planas that over the years had become a no-go zone.

Our association brings together about a hundred members and organizes a General Assembly each year during which the office reports on the actions taken during the past year, projects for the future.
The office answers members’ questions and possibly their criticisms and suggestions.
Votes are taken on all the items on the agenda, as well as the election of the bureau.
It has at its head so far an office appointed in 2017 and renewed in 2018.

If you wish you can registering on our Membership Form
Or by writing directly to our secretary Frédérique Burgos
Or by making a transfer (do not forget to mention your name) directly to the bank account of the association: ES7801821001540201821901 / BIC: BBVAESMM