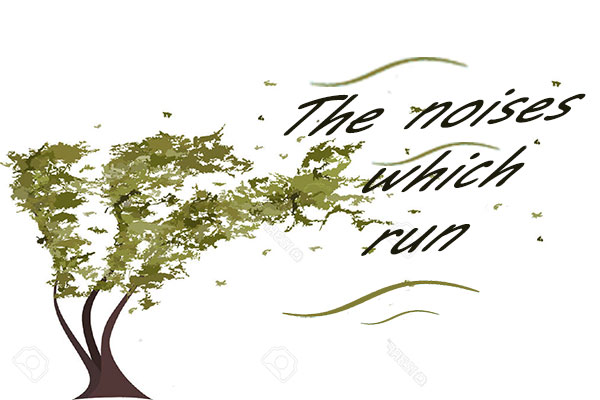 These noises and rumors have been inspired for decades by the historyfiction speeches of the various mayors of Pratdip.

“Planas is private. Planas has never been finished and that is why the Town Hall has never received it.

Let’s see what it is:

2. “Planas has never been finished”

3. “Planas has never been received by Pratdip City Council”

4. the current Mayor says: “we can not apply the sentence of 21 July 2016 (dissolution of the EUCC), because there is that of 20 (reparcellisatio / re-urbanization) and for that, we need the EUCC”.

Recall that these two sentences are firm and without appeal possible.They MUST be applied.

– On the 20th, three judges are gathered around the file which deals with the reparcellation and plan of re-urbanization of Planas. The 20 EUCC still exists and the judges consider that Planas must be re-urbanized according to the conditions foreseen by the project (which include the EUCC).
– But on the 21st, the EUCC is dissolved by three other judges in another room of the TSJC…
This Tribunal, consulted by our counsel, says that these two sentences must be applied without restrictions and applied separately.

– you have to dissolve
– AND we must re-urbanize.

Yes, but as the EUCC no longer exists, it is necessary to re-urbanize from the Town Hall. Note that this is what everyone does everywhere in Spain, France and Europe. This is what Montroig does with Masos d’en Blader. No more no less. Because it is in fact the normal way for this kind of project.

Of course it does not please the Mayor at all because it assumes that the City Hall will have to do its job: to get subsidies from local authorities and the Spanish state, and that it will have to pay part of the work.
And of course, that will be part of the municipal budget.
For the owners of Planas, instead, instead of paying 100% of the work (remember what was planned for a plot of 1000m2: 25,000 €), it will pay more than 50% or 30%…

The disappearance of the EUCC leads to the NULLITY of all the convenios, including the current POUM which will have to be renegotiated and thus of the management modalities of the works (see the instance deposited at the town hall by our association the AVPR).

The Re-urbanization project will have to be carried out as required by the TSJC’s 20/07/2016 sentence, but in a classic way, as do all the surrounding municipalities (Montroig with Masos d’en Blader, Hospitalet with Vanessa park, etc…) without the intervention of the EUCC now dissolved.

The liquidation of the EUCC therefore leads to a postponement of everything concerning the EUCC under the responsibility of the City Council.

This means that Planas owners are not responsible for the actions of the ex-EUCC liquidation entity.

The judgment of the TSJC ordering the dissolution of the EUCC makes us understand that this EUCC should have been dissolved in 1993.

– That is to say, since 1993, we would not have to pay any charges (“quotas”) to this entity.
– That is to say that our property tax, the IBI, (250.000 €), should have been used for the maintenance of our urbanization.
– That is, our IBI was diverted to Pratdip’s exclusive “good” while our urbanization was adrift and we had to pay ever higher charges.
– That is to say that the subsidy of the Vandellos power station (250,000 €) should have been used, at least partially to bring our urbanization up to standard
– By refusing the decisions of the Superior Court of Justice of Catalonia
– By refusing to recognize the dissolution of the EUCC
– By refusing to apply the minimum services imposed by law.
– By refusing to renegotiate the conventions in place of the dissolved EUCC (eg COMAIGA)
– By discriminating against the inhabitants of Planes del Rei (Article 22, Title 3 of the European Charter)

THE PRATDIP MAYOR IS DELIBERABLY OUT OF THE LAW

But we Planas residents, on our side, must ensure that no one recreates a club owners or a new EUCC to manage our urbanization.
People want to create chaos in Planas to encourage a step back. Let’s take care…
No one in Planas wants to pay again after General Meetings(AG), as we have known so much.
No one in Planas wants to pay 100% of the re-urbanization work.
We want to live like the other urbanizations of Hospitalet, Montroig, these “normal” municipalities that surround us.
For that, do not let us do it. We are in our right.

– Read also : The town hall of Pratdip agrees to receive the common areas of the urbanisation

– Read also : The Generalitat of Catalunya certifies the dissolution of the EUCC

– Read also : Due to the dissolution of the EUCC